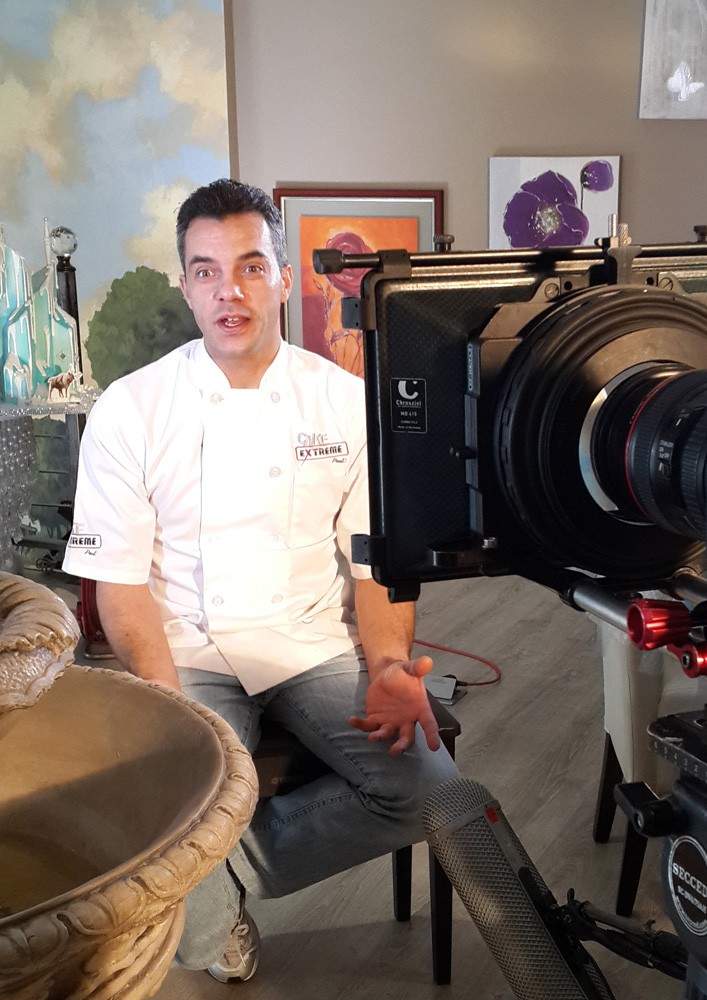 Paulo Vieira is the creator and owner of the famed Gauteng based bakery: Cake Extreme.

Paulo was born and raised in a small town in France called Colmar. In 1996 he qualified as an Electrical Engineering in France. Paulo gained four years’ experience in engineering, construction and carpentry whilst still living in France. This experience unbeknown to him at the time was to become the foundation he needed and required to create the awe-inspiring cakes he is currently producing.

It was in 1999, after a holiday in South Africa that he fell in love with the country and decided to immigrate and start his new life. Not knowing a word of English (only speaking Portuguese & French), Paulo decided that the only way to make a life in South Africa was to become a business owner and opened his first bakery in Johannesburg.

Over the next few years not only did Paulo learn the art of baking, but learnt to speak English too. Finally, it was reality TV show, Cake Boss, that sparked Paulo’s interest in combining his new-found cake baking passion together with his electrical engineering experience.

In May, 2012 Paulo relaunched his bakery as Cake Extreme and as the name suggests, Paulo wanted to create a business that solely focused on custom-made extreme cake masterpieces. Paulo took his talent to the next level and began focusing on creating beautiful and breathtaking specialty cakes for all types of occasions. It was through word-of-mouth, attending social events and exhibitions that his incredible talent was showcased and where Paulo quickly became dubbed as the ‘South African Cake Boss’. Subsequently, Paulo has been invited to host many live demonstrations and workshops, showcasing his skills at various industry related events.

Paulo is not only passionate about what he does, but he is equally passionate about the community he lives in. He is always looking for ways to use his talents to bring awareness to the various issues facing the children of South Africa and Africa whether it is illness; poverty or educational issues. Paulo has therefore been involved in a number of community and fund-raising projects. One event that stands out in particular, is where he achieved a personal, unofficial and never before attempted record for decorating 15 800 cupcakes in one day for “Cupcakes for Kids with Cancer”.

Together with his dedicated baking team there is no limit to Paulo’s imagination or capabilities to create the unimaginable and extraordinary. He does not only consider himself a perfectionist, but believes in his brand and is committed to make his clients’ extreme cake requests a reality. Cake Extreme currently creates over 700 specialty cakes (which include wedding, birthday & special occasion cakes) and makes on average of 6500 cupcakes annually for their valued customers.